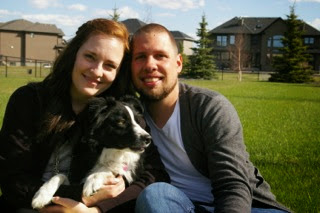 
I've had the good fortune of having a couple of opportunities to escape our horrendous Calgary winter so far.  The first was Mexico in late October.  The second was Houston in mid November.

ACDP stands for the Associations of Christian Design Professionals.  In short, it is an organization consisting of eMi staff as well as former and current volunteers, interns and supporters of eMi interested in learning more about designing in the developing world.  Each year, a conference is held somewhere in the US with workshops, worship and connecting time.

Now that I am actually working in the eMi Canada office, I went to this year's conference in the much-more-agreeable climate of Houston.  I had the privilege of attending workshops, reconnecting with other eMi staff and integrating myself more into eMi's ministry.  I was also asked to lead worship for the weekend.  I was so blessed to be able to contribute in this way along side two other eMi staff, and eMi intern and a conference attendee fairly new to eMi.


I learned a lot during the weekend, and had some amazing, encouraging conversations with other staff and volunteers.

More than anything, I was blessed and encouraged by the passion this group shares (myself included).  We were reminded of God's love for the poor and the broken.  The "Beatitudes" from Jesus' Sermon on the Mount say:

When I look at those Jesus say are blessed - the poor in spirit, the merciful, the peacemakers and so on - every single one has been encountered on eMi trips multiple times.  We have mourned with victims of Typhoon Haiyan and the earthquake in Haiti.  We have served with peacemakers in Africa and the Middle East.  We have helped bring water to those who have been persecuted because they follow Jesus.  We have met some of the most meek, merciful, pure in heart servants of God.  And we strive, as a body of believers, to be men and women that hunger and thirst for righteousness.


To have so many people who share such an intense passion for this work in one room was incredible. We came together not as saints, not as perfect people, not better than any other human being - but as a group of people God has called to serve him in a very specific and rewarding way.  It makes me even more excited to continue on our journey towards full time work with eMi, and Liz and I are both so thankful that God has called us to serve him in this capacity.